What is a “Fidget Spinner” and where can I buy one? 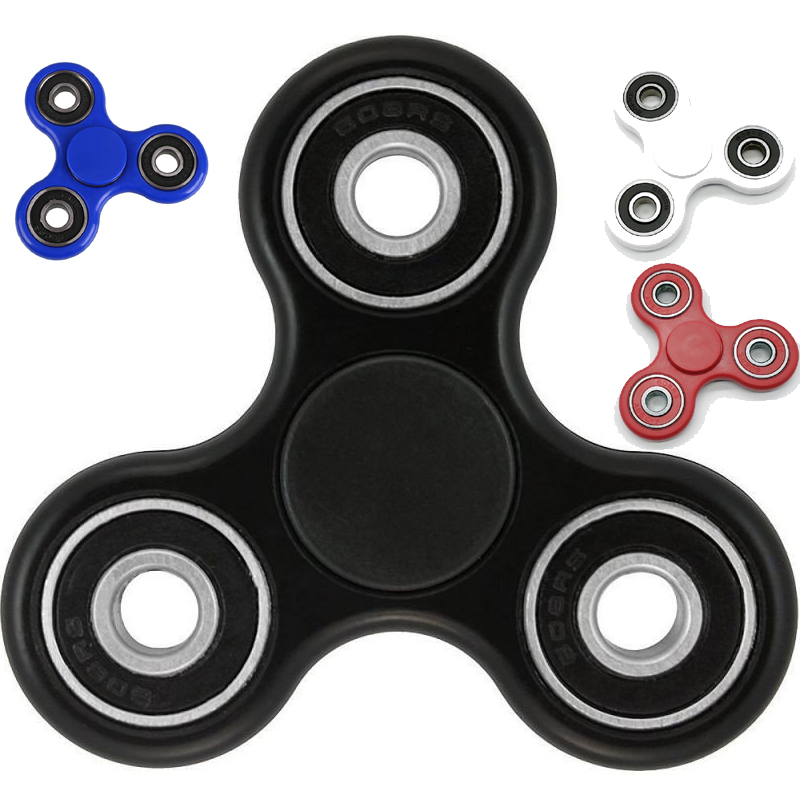 Have you heard of a “Fidget Spinner” yet?

In the past few weeks these ingenious little toys have captured the attention of a broad range of people around the globe. 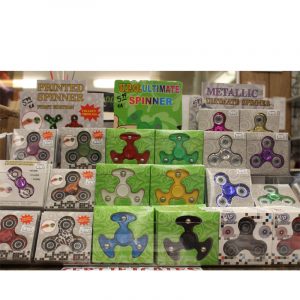 You can buy a fidget spinner toy online, or at our Cappel’s locations

Yes, around the globe! Many companies in many countries are vying for the limited quantities of spinners that can be produced in a given timeframe.

While fidget spinners are not a new invention (they were created in the 1990s according to Wikipedia), they have just recently exploded in popularity. They are intended to help reduce stress  by giving you something to do with your hands (fidgeting), and have been advertised to help people who have trouble focusing.

Cappel’s is fortunate to have long-standing relationships with its suppliers. Our buyer has been in contact with toy manufacturers almost daily since we started selling the spinners. Worldwide, every buyer’s re-order of spinners, no matter how large or small the store or chain, had to be cut. Each manufacturer determined how to allocate the number of cases they would bring into the US and how many they would ship to other countries.

The bidding and buying begins way before shipping is even considered, though. Each part in the assembly of a spinner has a price that is held out for the highest bidder. Since the beginning of the fidget spinner “craze”, the price a Chinese factory has to pay for just the ball bearings has increased 5x its original number! Light-up spinners contain a chip or circuit board and battery that each require testing and certification prior to being accepted for transportation by an airline. Each of these elements has a price tag. Some American vendors are traveling to Chinese factories cash and paying them cash on the spot,  in order to ensure delivery to their stores.

We don’t see this “fad” stopping. If you are in your fifties or older you might remember when super balls first came on the scene. Some people thought they might be a short-lived fad. But the super ball, like the fidget spinner today, is something that appeals to boys and girls, men and women, old and young. It can be enjoyed in a small quiet space or used with a group. It can be made in a variety of styles to fit with almost any theme for school, the office, or family. And, in the case of the spinner, can be digitized to include styles that light up and perhaps one day even styles that play recorded messages, music, or display texts or pictures and holograms.

There are many possibilities still to be explored with this new toy. In the words of Chicago, this is “Only the beginning!”